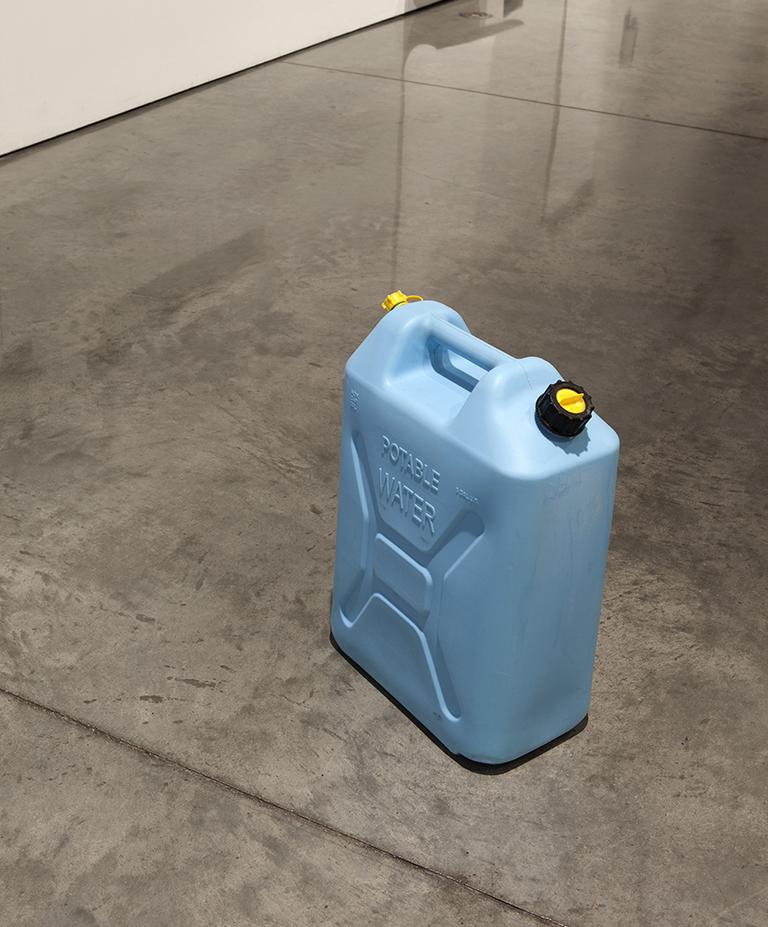 A Temporary Redirection of the Mackenzie River Westward Into the Pacific Ocean
(a Response to Alexander Mackenzie’s “Disappointment River”), 2011
Plastic Container, Mackenzie Water

As exhibited at the Emily Carr University of Art + Design in July 2011 in the Concourse Gallery during Upon Occasion.

A Temporary Redirection… continues a thought process started in the earlier work An attempt to measure duration with water, namely over the importance of time and temporality in site-specific art practices. It also represents an adapted reiteration of An attempt…  in a new location, Vancouver. How does the relocation, translocation of a work influence its meaning?

In 1789, financed by the North West Company and accompanied by local guides, the explorer Alexander Mackenzie canoed the river hoping to reach the Pacific Ocean. When he discovered the river did not lead to it, he apparently named it “Disappointment River”.